2% of the circulating supply (750 million). The purpose of this quorum is to ensure that the only measures that pass have adequate voter participation.

In the current staking mechanism of REI Network, at least 100M must be staked to realize APY. Considering the current voting willingness and the situation of no APY in the early stage, it is urgent that a “first push” in the network to promote the rapid growth of the staking amount in order to maintain network security and stability. This proposal will provide a solution to this problem from the perspectives of applicability and fairness.

The execution of “Foundation-supported Staking” will be the following four steps: 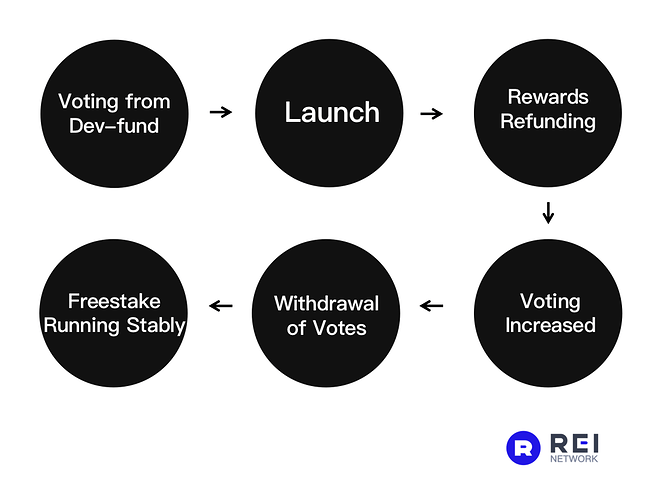 b. Voting principle: The purpose of the proposal is to quickly start the mainnet staking without crowding out the votes spontaneously formed by the community and its accompanying staking rewards. Considering that before the release of this proposal, some REI network builders have set up the nodes which have an initial contribution and guiding effect for the REI Network mainnet switch. For this part of the nodes, we proposed to vote a fixed part of the voting shares to the above nodes as an incentive.

Allocation for different types of nodes:

i. Votes will be allocated to different types of nodes according to the following rules: 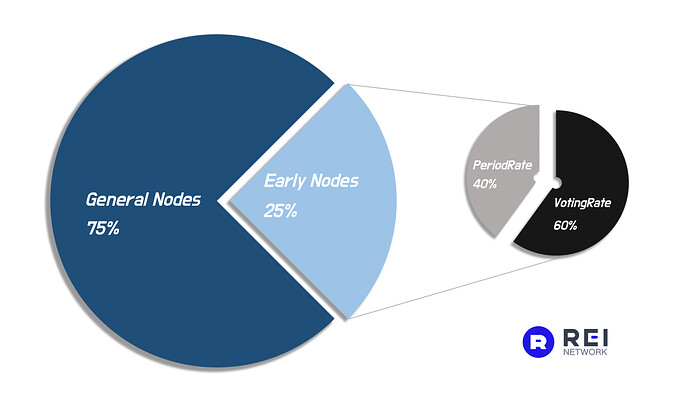 Foundation will support staking for other nodes according to its contribution to the REI Network in the future and the actual staking amount in the network.